In 2014 DyCom Wireless was one of the sponsors for the fun4kids festival.  DyCom designed the Wi-Fi network and provided on loan the Ruckus Zoneflex hardware that delivered the Wi-Fi Services for management and event staff during the festival days.

The system was implemented using 8 Ruckus 7982 access points and a Zoneflex 1100 controller. It was set up by DyCom ready to be deployed by the Warrnambool City Council IT staff.  A 3G router provided access to the internet via Telstra’s 3G network as per the diagram below. Most of the access points were meshed allowing for very fast implementation. 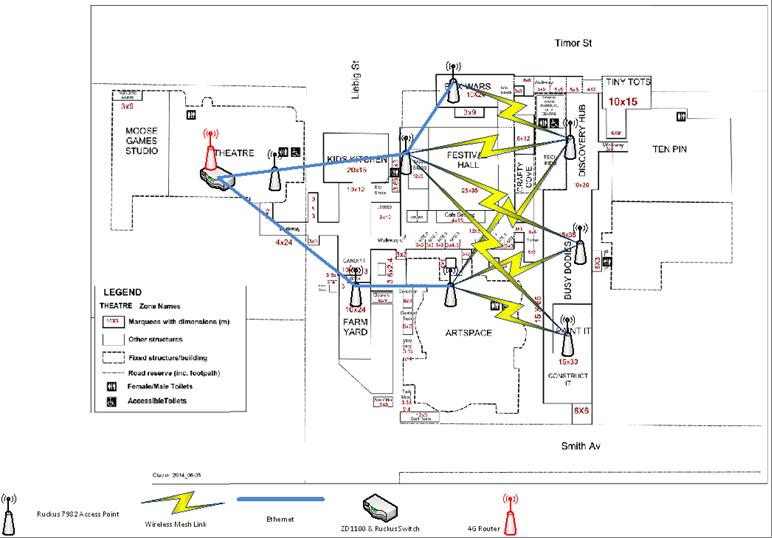 The system worked a “treat” according to Greg Bos, Network Administrator for the Warrnambool City Council. “It was very easy to deploy as we didn’t have to install any cables to the Aps, only power. The best thing about the system was that we didn’t have any complaints at all during the festival”  said Greg.